What we stand for

Chiropractic education is based on available evidence. We pride ourselves in always keeping up to date, and applying the evidence through our chiropractic treatment.

At Lynnwood Chiropractic, we endeavour to create a caring environment for our patients. We understand that you may be pain, or uncertain of a solution, and we are here to assist you on your journey to live your best, pain-free life. Our focus is on you – the patient.

In some situations, your treatment plan may require input from other health care professionals. You will be guided as to the best possible care, which will result in the best outcome for your condition. You are the centre of our approach.

Dr Kendrah Da Silva is currently serving her third term as the president of the Chiropractic Association of South Africa (CASA), the largest national chiropractic association on the African continent.
She became involved with the Association shortly after graduation, and has been involved with CASA in some capacity for over a quarter of a century, including as a CASA council member since 2000.
During her tenure with the association, she developed expertise in South African health coding systems and was a contributor to the WFC’s submission to the global consultation on ICD-11.
As an experienced leader, she represents a region that is no stranger to health care challenges, with many countries seriously under-served and a shortage of chiropractors to meet the need for spine care and disability prevention.
She has represented the association internationally and nationally on many forums, currently involved in the NHI implementation and the national vaccine rollout. She was instrumental in the presentation to the Health Market Inquiry, to highlight barriers of entry to healthcare in SA. She is also in private practice in Midrand, South Africa.
Currently she serves on the Public Health Committee of the WFC, and was elected onto the WFC council for the African region in 2019, and as the vice-president of WFC in 2021.
She has presented on various platforms including at the WFC congress, national congress, ACF congress, Health Inquiry commission and WCCS to name a few!
Kendrah is a part-time lecturer on the chiropractic program at the university of Johannesburg, where she teaches clinical chiropractic to the fifth year students. She has been a leading voice in successive World Spine Days, inspiring activities to highlight the importance of spine health and disability prevention. 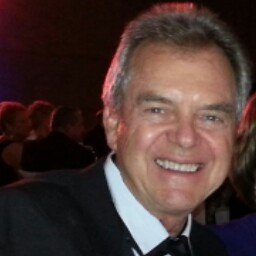 Dr. Chris Neethling graduated from Palmer College of Chiropractic (USA) and completed post graduate training from North Western University (USA) in the management of sports injuries.
He served on the council of the Chiropractic Association of South Africa and was President of the Association from 1997 to 2000. He also served as Africa representative on the World Federation of Chiropractic for 7 years until 2004.
Until recently Dr. Neethling was a clinician at the Chiropractic Day Clinic at the University of Johannesburg, which provided him with good insight and understanding of a wide variety of health problems that face Chiropractors.
These experiences have enhanced his love for the profession and appreciation of the sometimes-amazing results of spinal manipulation. 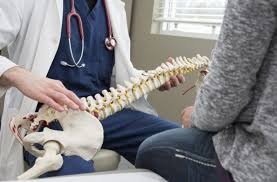 For several days following your visit, you may have a mild headache or feel fatigued, or have soreness in the treated areas.On rare occasions following a chiropractic procedure some people experience problems that include:• Bruising• Read more… 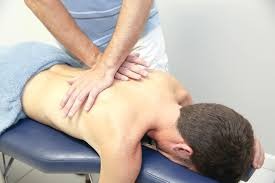 During a Chiropractic Procedure

Your chiropractor is trained in over 150 techniques, most of which rely on gentle manipulation.To access various areas of your body, your chiropractor may position you in different ways. But usually, you will be on Read more… 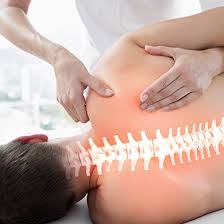 What to Expect at the Chiropractor

Your first visit to the chiropractor will begin with an assessment. You will likely be given a list of health questions to complete. Your chiropractor may also want to know if you have a history Read more…

Find us at the office

Give us a ring